As the fantasy football season really starts to take off and the contenders begin to separate themselves from the contenders I thought it would be a good time to list some of the best Fantasy Football Team Names of 2013. With so many injuries already this year there are some team owners that already have little chance of winning and can focus their efforts on having the best team name in their league. Clearly this is not what you want at the start of a season but it does make some memorable moments. I still remember the moment I thought of my best fantasy team name (of course it turns out that many others had already thought of it, I can honestly say I did not know when I announced it to the league): My Vick In A Box.

And here is my list of Favorite Fantasy Football Team Names for 2013:

In no particular order:

And of course, my classic fantasy team name: Waban Warriors, nickname in high school from my football coach.

While looking for images to use in this post I came across a website that appears to be devoted to Fantasy Football Team Names. The site has a list of NFL Players with team names associated with them and it’s a long list (although many are just ok not great):

So what is your favorite team name?

One thought on “Best Fantasy Football Team Names of 2013” 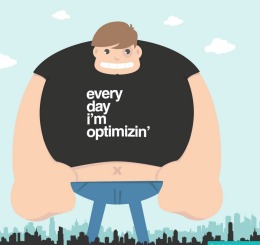